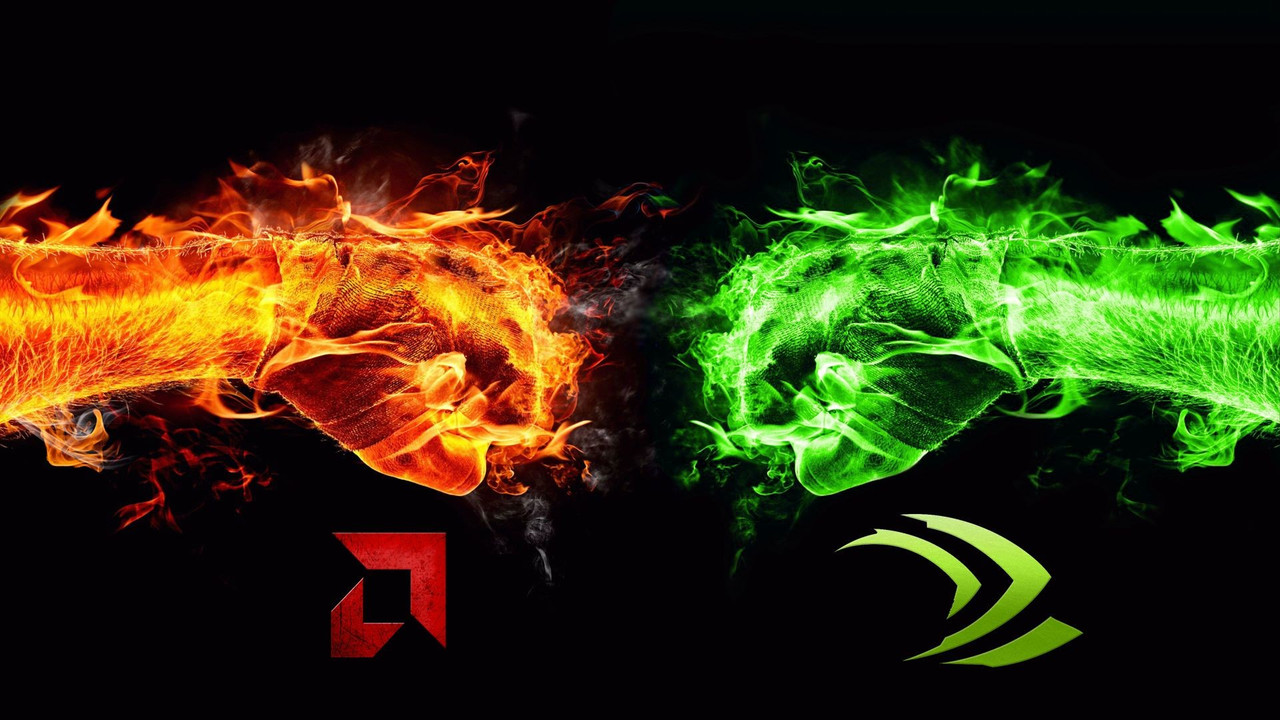 I have received several requests from readers to compare the RX Vega 64 against several similar priced GPUs. I have gathered samples from several sites to compare several GPUs from AMDs and Nvidia’s latest mid-range and high-end sections. It’s worth noting that all of my benchmarks were used running a 12 year old Intel X58 with PCIe 2.0 tech from 2007 so the Vega 64 results might be slightly better on newer Intel and AMD platforms. Shadow of the Tomb Raider had the most samples out of all of the games I was able to find. I’ve chosen one Nvidia Gameworks title (The Witcher 3) and one AMD Sponsored title (Wolfenstein II) with three mostly neutral titles (RDR2, Hitman 2, SoTR) that performs well on both Nvidia and AMD GPUs. Without further ado lets take a look at the results. 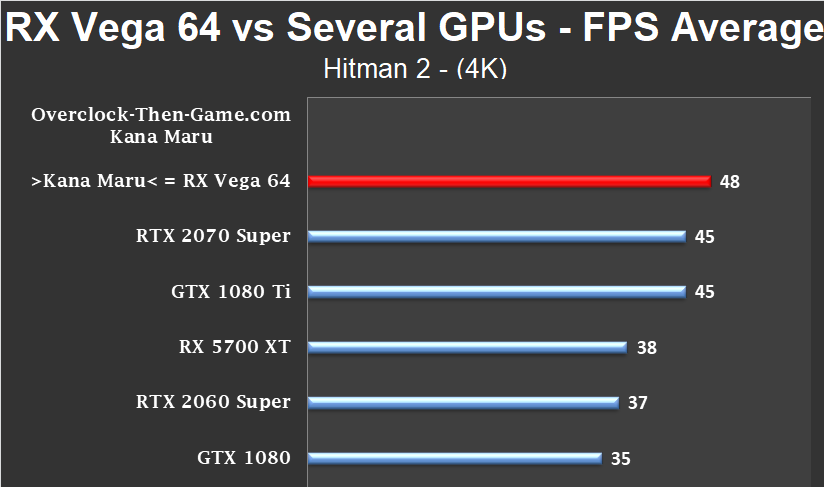 Let’s start this comparison off on a good note for the RX Vega 64. We can see that the RX Vega 64 has a pretty good lead @ 4K over the other GPUs in Hitman 2. The 2070 Super and GTX 1080 Ti is only approximately 7% slower. The RTX 2060 Super and the GTX 1080 are far behind as expected. Seeing the GTX 1080 at the bottom during these comparisons will become a regular occurrence in all of my charts.

You won’t find the RX Vega 64 and the GTX 1080 at a reasonable new price since they released a long time ago. You can find them decently priced in the used market and that brings me to my next point. The GTX 1080 literally came in last in ALL of my samples that I’ve compiled above from several sources. However, the GTX 1080 sells far higher than the RX Vega 64 in used market. You can find the RX Vega 64 for around $225 - $250 in the used market, while the GTX 1080 sells for around $330-$380. Buying a GTX 1080 over the RX Vega 64 would be an awful decision if you take price and performance into account as I’ve shown above, but people are clearly buying them. The GTX 1080 is 27% slower and even 31% slower if you exclude The Witcher 3 results, yet it is at least 47% or more expensive. I used the cheapest GPU average prices from all categories when comparing the prices so that's why you the "+" sign on the end. Some GPUs might actually be more expensive if than the RX Vega 64 if you can't find the cheaper Vega 64 GPUs. Now as far the power usage and heat output goes that’s up to user to decide how they want to balance the price when taking those stats into account. The GTX 1080 wasn’t known as Nvidia’s “coolest” card either and I remember it being pretty dang warm back in the day when it released. Even then I don’t think anyone should be purchasing the GTX 1080 in 2020 as there are many better options at those prices. The GTX 1080 Ti would be a much better choice over the normal GTX 1080. A used GTX 1080 Ti can be purchased for around the same price as a used GTX 1080, but the “Ti” version can come at a premium used price so keep that in mind. The best “bang for the buck” would be the RX Vega 64 based on the performance numbers presented above, but there are a ton of other games out there. I simply tried to get as many samples as I could from several popular titles. I mean for only $225 - $250 you can easily saves hundreds or at least $100 beneath the RX 5700 XT which basically matches the RX Vega 64 in the games above. The RX 5700 XT would probably be the best GPU to spend money on overall though at this point if you really need a powerful and cheap GPU. They can be purchased around $320 - $470. The RX 5700 XT is obviously more updated and has better power consumption. With a starting price around $320, that makes it only around $70 more than the 'highest' priced used RX Vega 64 on Ebay. However, $70 might be a lot for some people for practically the same performance overall. So the Vega 64 would still be fine choice for those looking to spend less than $250 on a used GPU with great 1440p and 4K max graphical performance. The RX 5700 XT would also be a better purchase over the RTX 2070 Super due to the price differences. The RTX 2070 can be found on most e-tailers for around $520 upwards towards $750+. There are many AIB variants and you’ll have to look out for crazy prices from re-sellers. You could save $200 dollars if you got the cheapest RX 5700 XT compared to the cheapest RTX 2070 Super brand new from what I’ve seen today in the month of July (2020). Since both of these cards are easy to find and still being produced I did not check the used market. If there are better priced RTX 2070 Super’s feel free to let me know in the comment section since I looked at only a few of the popular e-tailers. The RTX 2060 Super is kind just “there”. Nvidia just didn’t want to give AMD the entire mainstream and mid-tier market so the RTX 2060 Super is just there to hopefully take some sales from the 5600\5600XT & the 5700\5700XT. It’s normally at the bottom right above the GTX 1080. The RX 5700 XT would probably be as better purchase over the RTX 2060 Super since they sell around the same price. So there you have it, the RX Vega 64 seems to be the best bang for the buck since they can be purchased in the used market at the cheapest prices with great performance. I have seen some of them sell as low as $100 which crazy great value. The RTX 2070 Super and the RX 5700 XT performs nearly the same, but AMD has the better price per performance ratio when it comes to new GPU purchases between those two. The GTX 1080 Ti still packs a punch, but the used price might come at a premium price in some cases, but the RX 5700 XT can be purchased brand new in the same price range as used GTX 1080 Ti’s. Don’t even think about the GTX 1080 unless you play exclusively Nvidia sponsored titles and just want to own the GTX 1080 for some reason in 2020. These prices are certain to change for the RX Vega 64 after I release this article. It never fails. If you have a different opinion feel free to post them in the comment section on the next page.