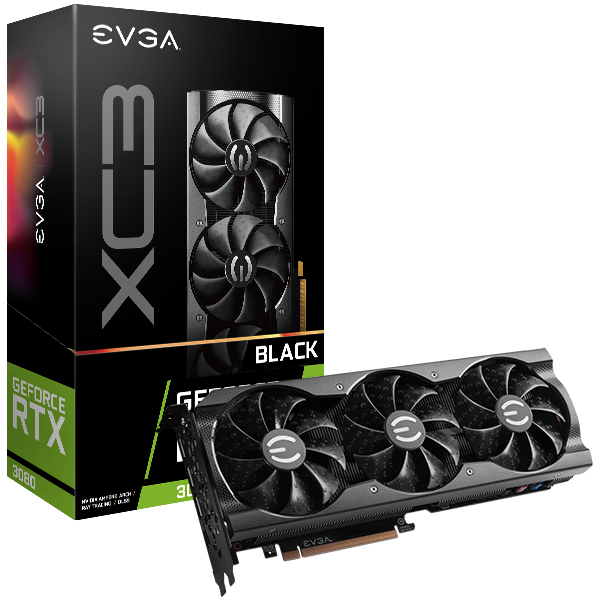 I was able to add a 5% increase to the memory frequency and increased the GPU core by 14% over the Nvidia RTX 3080 FE and only 5% over the stock EVGA RTX 3080 XC3 Black Gaming GPU. This GPU is overclocked near it max out of the box. With a light load I was able to push the GPU core to 2130Mhz, but once a heavy load appears the core GPU will drop. So I decided to settle for 1950Mhz since I was able to sustain that GPU Core clock during 4K gameplay. Above I have 1950Mhz listed as the Core Clock and the Boost Clock, but the GPU core clock will slightly fluctuate, but of course during idle periods the GPU will drop to roughly 210Mhz. I wasn’t able to push it much further than I have at the moment, but with overclocks it can take a while so I will share what I have been able to accomplish thus far.

Comparing the stock EVGA RTX 3080 XC3 Black Gaming to the overclocks I was able to hit we can see roughly a 5% increase in both the 4K and 8K benchmarks. 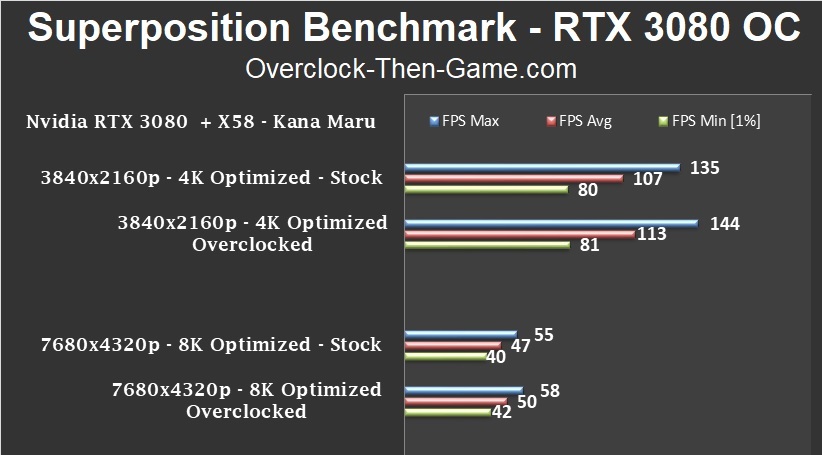 The Physics tests can be ignored since it focuses solely on the CPU performance. As expected we see very small increases and in some cases decreases at 1080p since I am very CPU limited, but at higher resolutions se see some decent increases across the tests. 1440p break down shows an increase of 8.5% in the Graphics Tests and the Combined score increased by 4%. The 4K (Ultra) results shows an increase of about 8.6% increase in the Graphics Test. So the extra 5% over the stock EVGA Black Gaming came out to be a pretty nice increase so far. 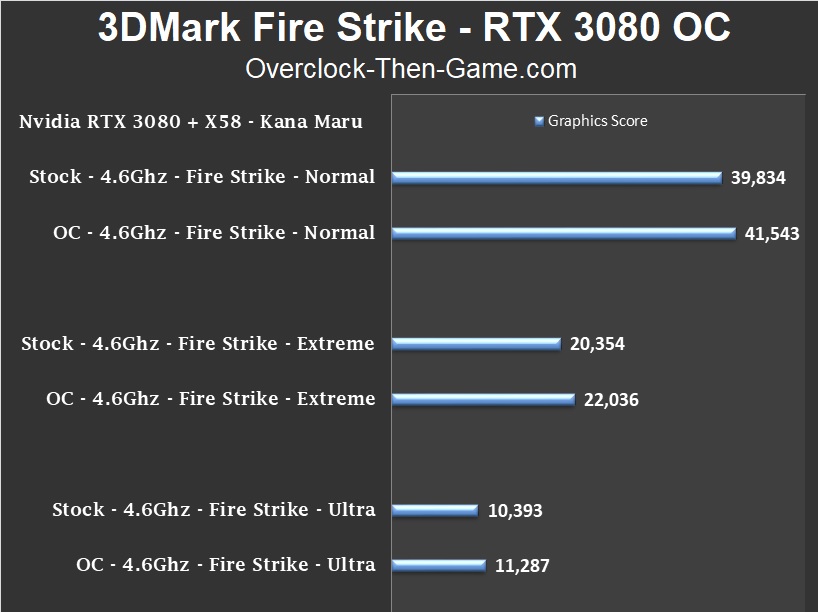 It seems like 8% is becoming a normal percentage increase in 3DMark so far.