Taking a quick look at the GPU vRAM shows that the RTX 3080 has enough memory for 4K and Ray Tracing in this title. Originally I was only going to include the average vRAM, but I have decided to include the maximum as well. Data is constantly being allocated and used in the GPU vRAM so the average is a good point of reference for the requirements. If Resident Evil Village is anything like the previous two RE titles (RE2 & RE3) the VRAM requirements that we see in the Display\Graphics options will strictly be a reference. In RE2 the game says that 12.63GBs is what is required, but we weren’t really using all 12GBs. Ironically if we go strictly by what the game says, traditional Rasterization (10.08GBs) uses slightly more vRAM than Ray Tracing (9.99GBs). By looking at my charts below we can clearly see that this is not the case and we see that Ray Tracing uses more GPU memory on average of Rasterization. In the RE Village demo the max amount of vRAM that I used was 9.5GBs at 4K with the max graphical settings (“Village” area). So the Graphical Settings which shows 9.99GBs wasn’t that far off, but the average was still roughly 500MBs below what the RE game engine shows us in the graphic options. I’m sure there are different areas in the game that will require more vRAM to be used, but I don’t think it will complete saturate the 10GB memory buffer in the RTX 3080 especially with Nvidia's optimizations in their 466.27 drivers. Below I have shown the vRAM usage for both the “Village” and “Castle” areas in the game. 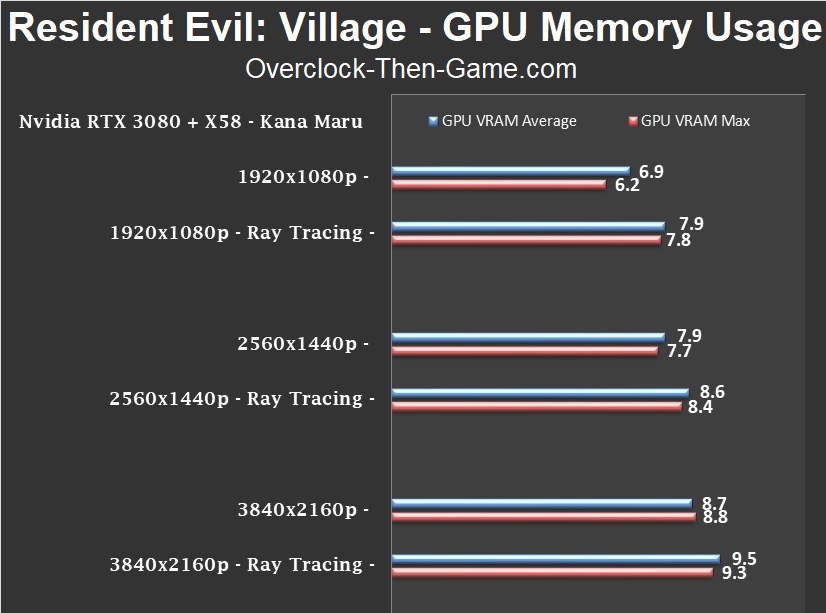 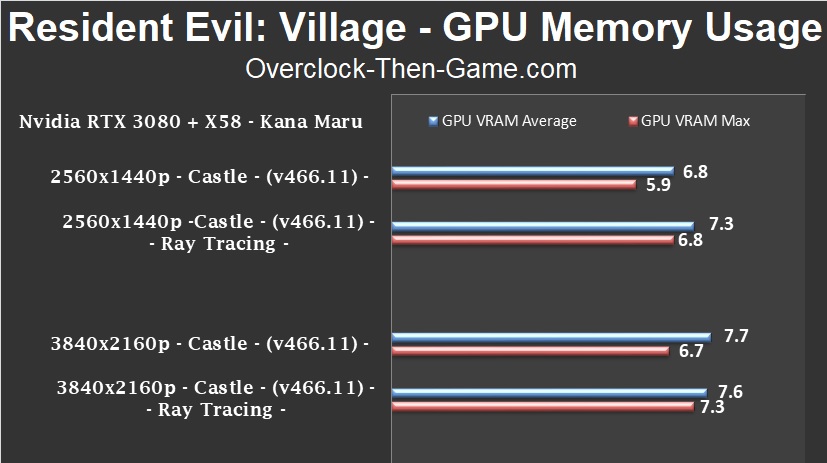 The EVGA RTX 3080 XC3 average power consumption across several benchmarks above is 316 watts with stock settings. You can get even better wattage averages by adjusting the Power Limit and by limiting your frames. 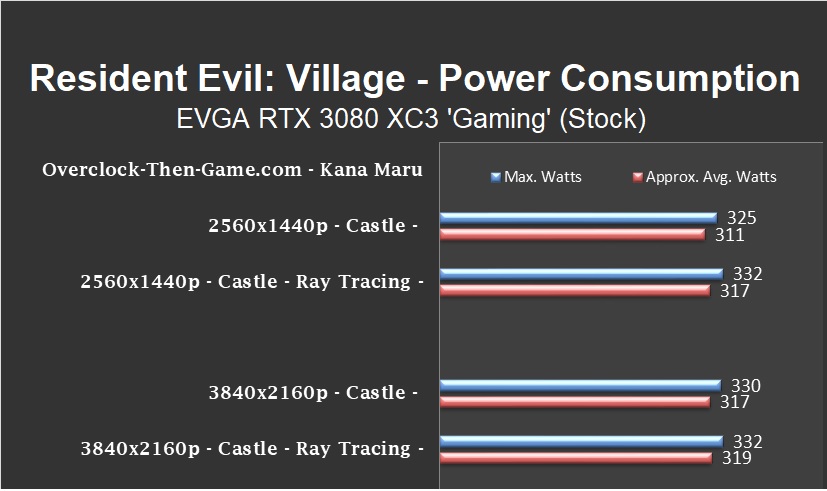