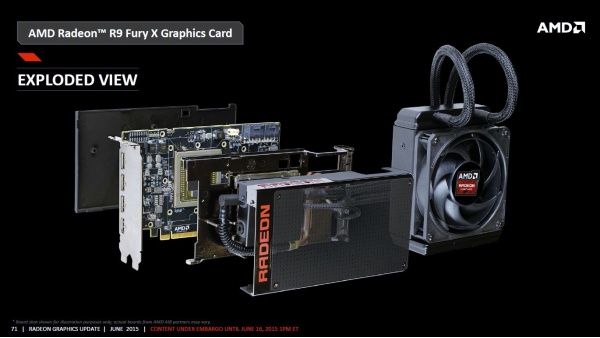 We have finally reached the end of my review. The Fury X has definitely impressed me. Nearly everything about this card is great. All of the games I played at 4K are definitely playable and smooth. I'm sure if you Crossfire X the Fury X you'll get well over 60fps at 4K and possibly higher resolutions. If you are in the market looking for a 1080p, this isn't the card for you. This card is overkill for 1080p. AMD is aiming and has actually proved that they are 4K ready. I know that pump\\coil whine was a issue during the Fury X initial release. I guess a lot of gamers need pure quietness when running their PC. Well that issues was fixed ASAP and I have no problems with coil whine.


Another major improvement is the GPU temperature. I have my Fury X pulling warm air from inside the case. The temps are still amazing. While benchmarking in 3DMark Fire Strike Extreme the temps averaged 53c. While I was playing Middle-earth Shadows of Mordor @ 1440p Ultra+6GB Texture Pack, the temps stayed in the high 30s and low 40s. The temps never went about 46C! That's simply amazing. I ran all of my test with stock settings. I feel that I made a great decision with my Fury X purchase. This card should last a few years. As long as AMD continues to optimize their games and keep HBM1 optimized we shouldn't have many problems with future titles. 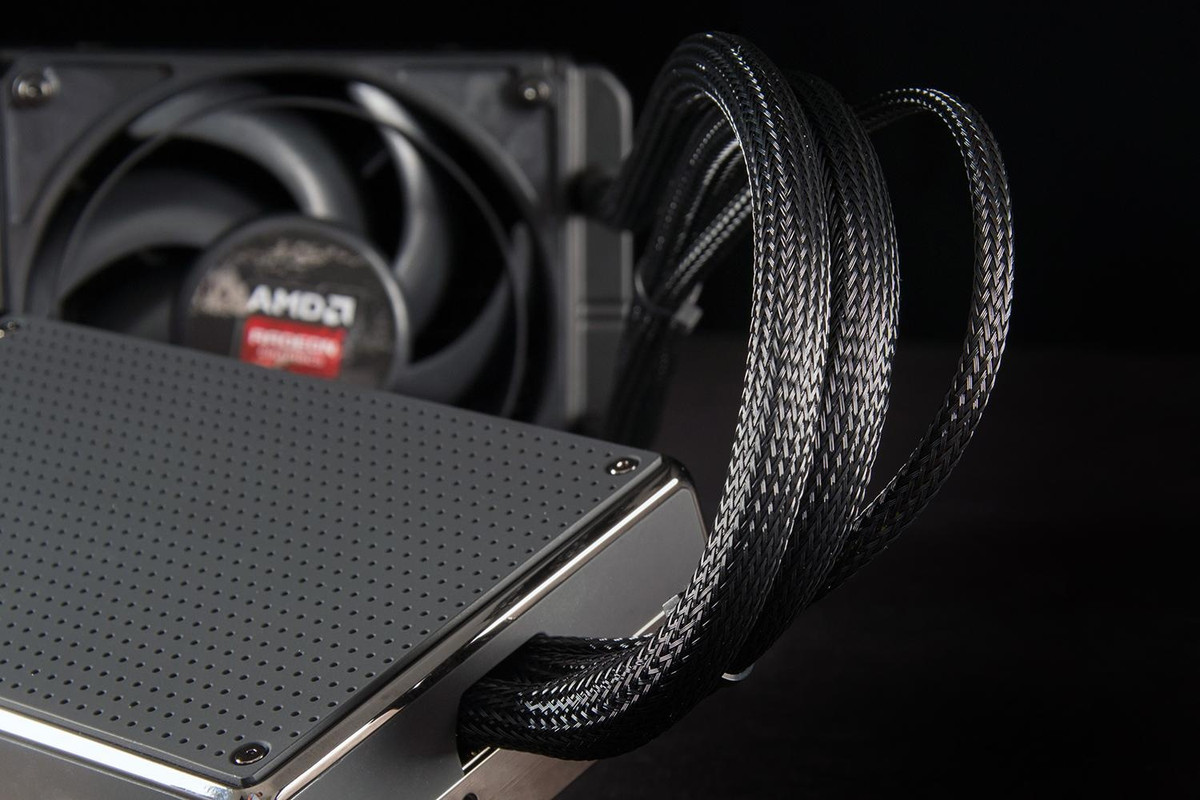 There are a few cons I must get to. The first issue I had with the card was the radiator. I love the fact that we have a water cooled solution, but the radiator has a reservoir attached to it. I really wanted to place the radiator at the top of my case [NZXT Phantom 410] next to my CPU radiator. Well unfortunately the reservoir prevents me from doing so. I wish they would have went with a traditional radiator without the reservoir or at least made that an option. It's a minor complaint, but still was a issue for me. I wanted to bring in cooler air from the outside of the case. Who knows how low my temps could be if that was the case. I'm sure they had no other place to install the reservoir except on the radiator. Most modern cases shouldn't have many problems getting it installed.

Another issue I'm having is the fact that overclocking extremely limited. AMD really has this card locked down. Recently someone hacked some software and overclocked the crap out of the Fury [modded to Fury X] with LN2. I know that these cards have more power. AMD probably has the cards locked down so people won't go crazy with overclocking on Day 1. Hopefully they loosen up on some of the restrictions sooner than later. You can overclock the Fury X, but don't expect much. The cards are beast with stock settings so many people probably won't "need" to overclock anyways.

Other than those few negatives everything is pretty much positive. AMD has done a fantastic job and improved on their previous flaws. I'm not fanboy either. I recently retired my dual Nivida GTX 670s for various reasons, but the biggest reason was the fact that I needed more horsepower and more than 2GBs vRAM. I had a choice to go GTX 980 Ti or Fury X. Well I wanted the EVGA Hybrid 980 Ti, but it was constantly sold out and the price is $749.99. The EVGA cooler cost $99.99. This made the Fury X $649.99 look even better. Although the 980 TI's overclock better than the Fury X, you are pushing the card way to hard. Power consumption goes up as well as the heat. You'll end up downcloking due to heat at some point anyways or degrading the card. In the end this was everything many complained about when it was AMD [power consumption and heat]. The Fury X does everything I want to do. X58 users who want a Fury X shouldn't fear. Our platform is still great and still viable. Thank you for reading my review.

Feel free to leave a comment or start a discussion below.