Things aren’t that much better for AMD’s Radeon 6000 series either as AMD has been moving the goal post. Before AMDs Radeon 6000 series released it appears that a user that works for ASUS stated on a forum that the Radeon 6800 & 6800XT will be limited and possibly sold out within minutes. They also stated that availability should be better in a few weeks. An official tweet from AMD’s own Frank Azor, who happens to be the Chief Architect of Gaming Solutions & Marketing at AMD, stated more or less that AMD won’t paper launch their product.

Frank Azor went as far to show that he was able to purchase a Radeon 6800 from AMD.com, this obviously didn’t sit well with the community since he was an actual employee of AMD and many regular consumers had no chance of obtaining the card. Well the AMD Radeon 6000 was horrible and labeled a paper launch with some people never having a chance to “see” the term “Buy Now” till this day. After the launch AMD eventually stated after the Radeon 6000 release that things will get better in a few weeks once AIBs can start releasing their GPUs (moving the goal post). The Radeon 6000 series was so scarce that you couldn’t even find them on Ebay for a while, obviously the prices are sky high weeks later from the few that were available, but constantly sold out at MSRP due to “limited” supplies. One of Switzerland biggest online e-tailers for computer components, Digitec, will only receive 35 Radeon 6900 XT GPUs (delivery date UNKNOWN) which was the nearly the same case for the Radeon 6800 and 6800 XT (low stock = 25 and 17). Digitec ultimately decided to have a raffle. However, AMD believes that their Radeon Series wasn’t a paper lunch and just sold out due to popular demand. This year has been a mess. In terms of websites being able to publish the review and benchmarks for the Radeon 6000 series AMD actually did WORSE than Nvidia, AMD literally waited until the launch date down to the very time the GPUs were released. Nvidia at least gave you 48 hours to decide, but both are pretty horrible standards since consumers need more time to compare the products. The review sample rollout was so bad that even those reviewers themselves didn’t know the official price of the cards launching which makes things even more difficult for the reviewer and consumer. So we get a lot of different Radeon AIB GPUs that are so scarce that it’s deemed a paper launch along with websites reviewing GPUs that we can’t read until Day 1 release. To make matter worse that we can’t buy and even if we wanted to buy them they could be so far out that we didn’t know the price. To top it all off the reviewers apparently didn’t have a lot of time to review the GPUs. Smooth AMD & AIBs…..very smooth.

Nvidia on the other hand went as far as to reach out to the public regarding their shortage issue only 4 days after the RTX 3080 released Needless to say, the community wasn’t afraid to let Nvidia read all of their frustration and anger in the comment section. Nvidia stated that they underestimated the demand for the RTX 3000 series, let me remind you that a $500 GPU is outdoing a previously released flagship $1,200 GPU so I don’t understand they could underestimate anything when people were paying well over $1000 for a RTX 2080 Ti. Nvidia decided to price these GPUs to high and low in the first place (obviously there are many reasons for the pricing). Also let me remind you that this is the biggest discrete GPU Company that gamers flock to in the world. Nvidia claims that the RTX 3080 has been in full production since August, but even that should ring some bells because it is constantly sold out with reports of some companies getting single digit percentages of cards needed to saturate the demand. This could be due to several issues such as manufacturing and shipping and so on, but it could also be low yield fabrication issues as well. I personally don’t believe that Samsung was up for the task and Nvidia should have had a backup plan, same goes for AMD because if TSMC runs into any issues AMD will give Intel a wide open shot at the CPU division again (if Intel gets their fabrication process going). 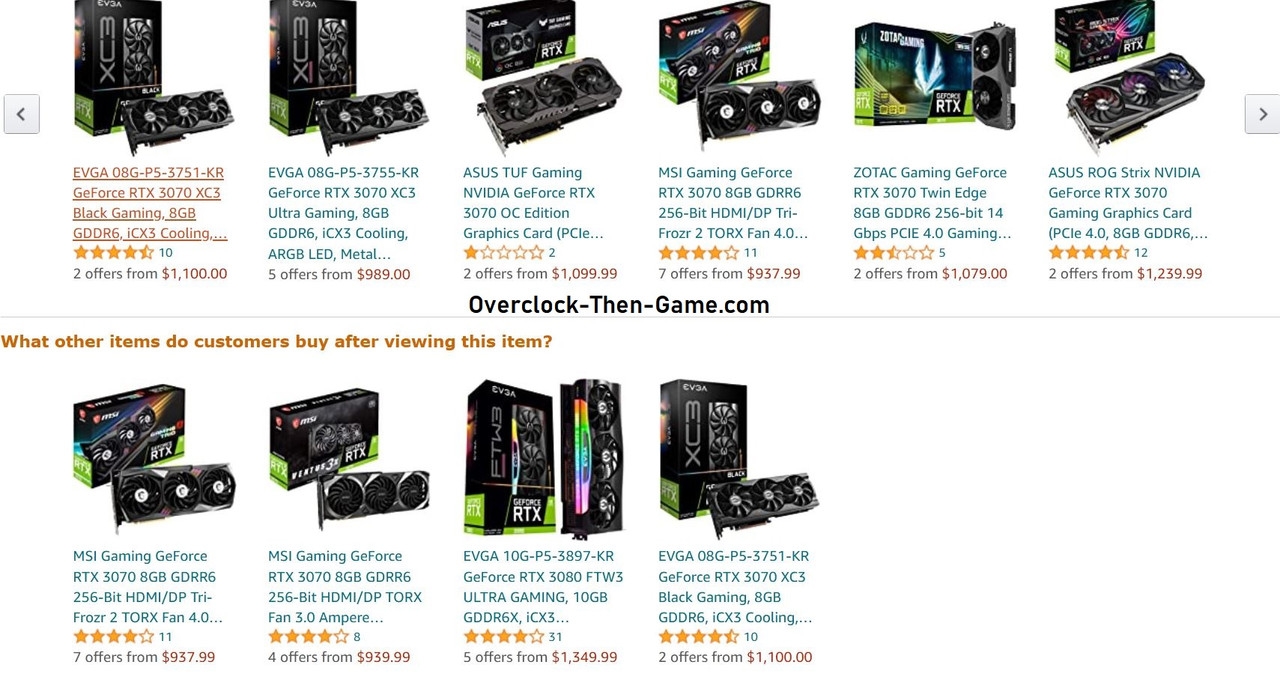 If one of the biggest companies, such as Nvidia, isn’t ready for the demand, but claims to have “great supply” then they need to go back to the drawing board and get new talent because someone isn’t receiving all of that “great supply”. Now there have been reports that Nvidia has allegedly sold $175 Million worth of RTX 3000 series GPUs DIRECTLY to big crypto-mining companies. The numbers don’t add up and if many gamers can’t get their hands on the RTX 3000 series GPUs someone else is getting their hands on them. Nvidia had a strong Q3 2020 37% increase in gaming profits which happens to be record profits for them by the way. If Nvidia did indeed sell directly to mining companies then that should let gamers know exactly how much Nvidia cares about them. Remember that companies are in business to make profits. Bots and re-sellers are one thing to worry about, but if the actual companies that sell the product aren’t receiving stock there is an issue somewhere else that can’t be blamed solely on bots\scalpers\resellers. Speaking of bots, Nvidia gave the duties to Best Buy to not have to deal with those problems and the Founders Edition for both the 3080 & 3090 will be purchased from Best Buy for now. Nvidia gave a lot of excuses for a technology company, one of the biggest in the world, so with all of that being said, Fission Mailed Nvidia.