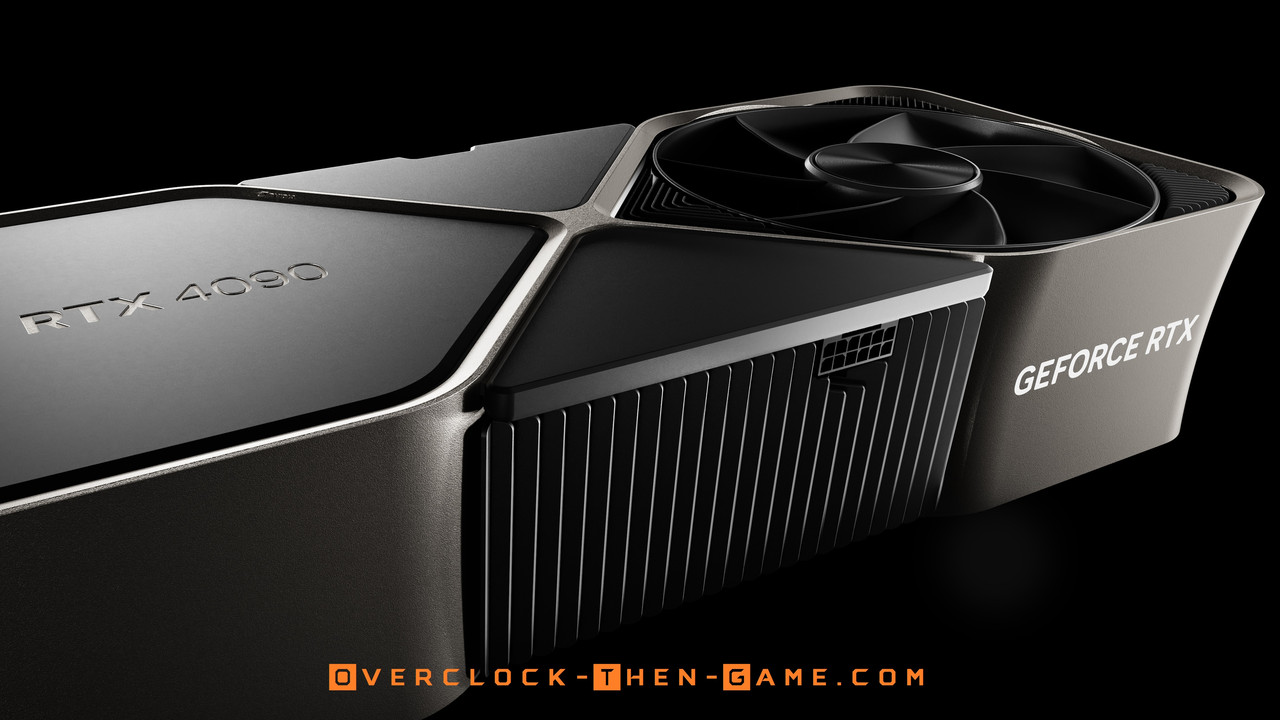 Performance – Nvidia does not want the x80 anywhere near the x90

Now focusing on the RTX 4090 for a brief moment

When the RTX 3080 being was being compared to the RTX 3090 there wasn’t a huge difference in specifications. Overall the RTX 3080 was roughly 20% below the RTX 3090 across all major specs, however the theoretical performance numbers were roughly 21% slower the 3090 as well. Overclocking the RTX 3080 memory could definitely push the performance numbers closer to the stock RTX 3090. I could easily overclock the RTX 3080 GDDR6X memory and push the throughput to 840 GB\s which is only 11% less than the RTX 3090 stock memory throughput. So for workloads that depends heavily on Optix\CUDA cores and memory throughput you will be getting very nice performance for the price in your professional apps or specific workloads. Speaking of prices we all know how the prices went with the Nvidia 3000 series and the AMD 6000 series. It was worth calling the RTX 3080, "flagship". Theoretical performance will be roughly 70% faster on the RTX 4090 over the RTX 4080 16GB from my early speculations, but we will have have to wait for benchmarks. Things get far worse for the RTX 4080 12GB, the RTX 4090 will be over 100% faster than the RTX 3080 12GB. So it’s not even close to what we had to the 20% difference with the RTX 3090 vs 3080.

The RTX 3090 memory bus width was only 20% higher than the RTX 3080 10GB at release which resulted in a 23% difference in memory bandwidth and that lines up nicely with the 20% theoretical performance increases over the RTX 3080. On the other hand the RTX 4090 will have 50% more memory bus width than the RTX 4080 16GB and 100% more memory bus width than the RTX 4080 12GB. This is a large gap compared to what we got last gen when comparing Ampere x90 to the x80. With the RTX 4000 series this ensures that the performance is capped and Nvidia won’t have to worry about overclockers getting near the 4090 bandwidth unless someone can pull off some impressive memory and core clocks overclocks. The RTX 3080 16GB GDDR6X memory clock alone would need to reach around 1800Mhz to get within 10% of the RTX 4090 memory bandwidth. I don’t think that will be an easy goal to hit. I think hitting 1,559Mhz on the memory clock will be easier to hit. 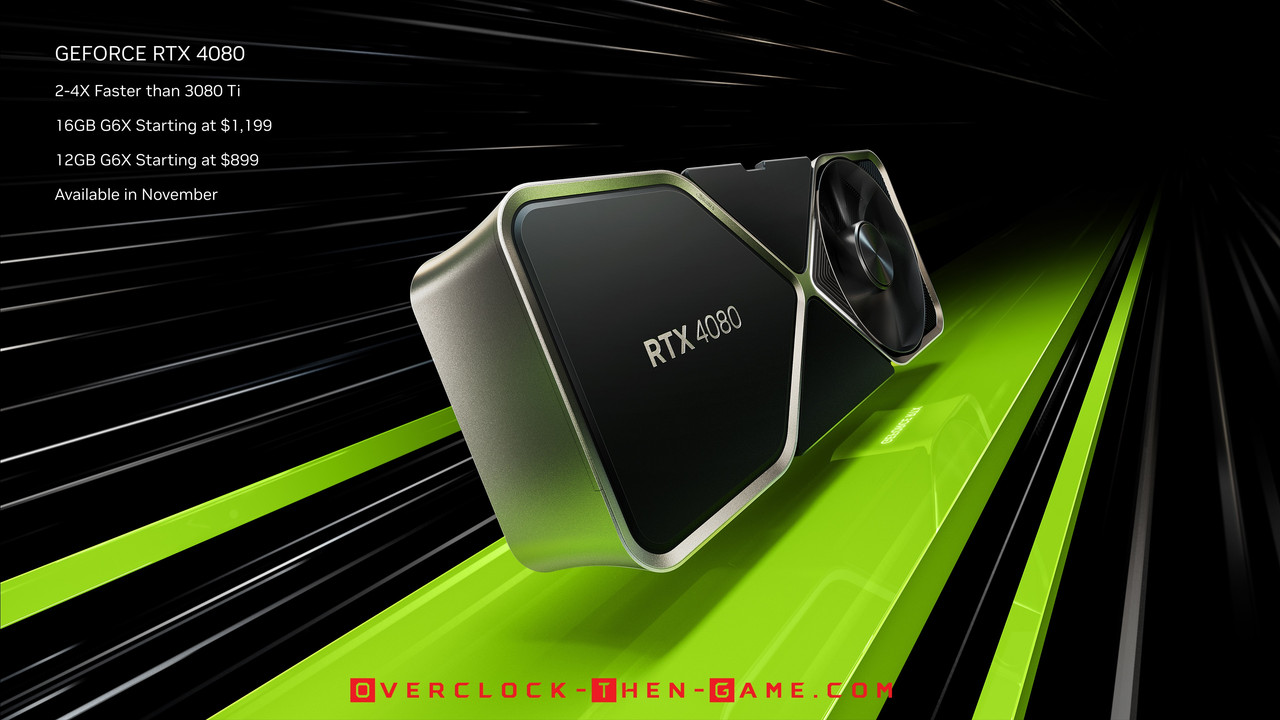 Nvidia Decisions Has Given Us An Interesting Predicament

Nvidia has established the ‘x80’ card as being the flagship that is usually followed up with the x80 "Ti" version the following year. This time around it feels as if the x80 is no longer the flagship and is severely limited. The 4080 12GB definitely feels more like an ‘x70’ tier based on the low performance numbers compared to the RTX 4090. Nvidia has placed the company in an interesting position in the eyes of enthusiast and gamers, but it has all come from Nvidia’s own decisions. Nvidia first introduced the Titan in 2013 with their 700 series and prior to the 700 series the x90 was the top dual-GPU for prosumers who wanted to game and create content. Nvidia moved away from the dual-GPU x90 cards and started the successful Titan brand with 700 series. The Titan took over the role as being the top enthusiast and content creator GPU. The Titan replaced the GTX\RTX x90 GPU from the GTX 700 series until the RTX 2000 series; however Titan RTX released at the professional and enterprise market prices ($2,499) so we can’t really count that one. So the for the 2000 series the RTX 2080 ‘Ti’ was the top of the of the line card for enthusiast. Multiple 3080 releases over the past few years have been very confusing due to Nvidia changing core counts, vRAM and other specifications while using the same tier name. Luckily this time we are getting the multiple 4080 variants upfront on day one.

Traditional Price difference between the x80 & 90

Some ethusiast might have an issue due to Nvidia using the x80 branding on GPUs that are clearly inferior by a large margin to the x90. The other issues are that the prices are not what we would typically pay for an x80 GPU. The average price for a GTX\RTX x80 GPU over the past 12 years has b een $599.99. So revealing that the 4080 16GB and the 4080 12GB sell for $1,199 and $899, respectfully, is a large increase for gamers. This is especially true given the fact that we have reached record inflation this year. Nvidia has slowly increased the x80 prices over the years with very few decreases and at this point you won’t see many (or any) decreases moving forward. The 2000 and 3000 series saw the release of the RTX 2080\3080 for $699 (MSRP). So seeing a $200 (4080 12GB) to $500 (4080 16GB) increase for a x80 GPU is pretty tough for the average consumer, especially knowing that it is clearly not the flagship and isn’t anywhere near the x90 this time around. Most people would probably just wait and see how the 4080 “Ti” performs when it releases. One thing we must not forget is that many people had no problems spending $1,200 to $1,800+ for a RTX 3080\3090 during the pandemic and shortages. So while it is easy to blame Nvidia, we cannot act like gamers & enthusiast\gamers didn’t have a hand in this. There were a lot of things that happened and are happening right now that will dictate how companies react to the market.