Nvidia’s RTX 3000 Series Launch Has Been A Disaster 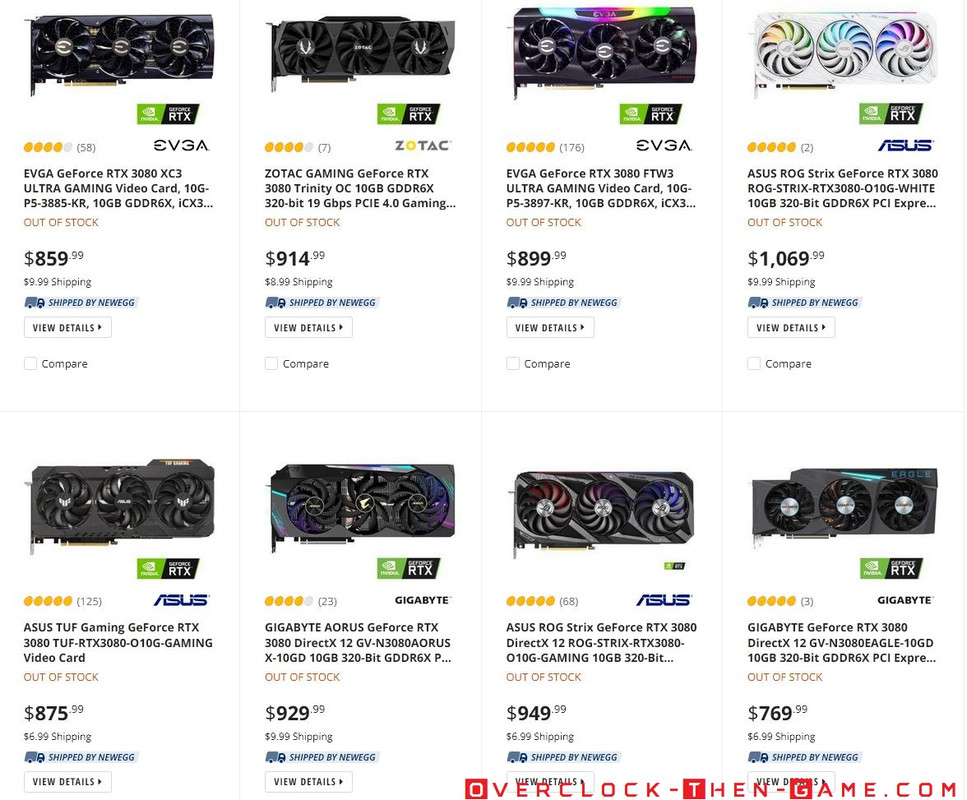 My RTX 3080 review is so late because it took many months before I could get my hands on a RTX 3080. I wrote an article on Nvidia’s RTX 3000 series and AMD’s 6000 series stock issues. The RTX 3000 series wasn’t the roll out that Nvidia was expecting and the community did not hold back punches. Many have labeled the RTX series a paper launch given the low number of available units months after release, but I think there is more to the situation than that. Of course we have COVID which caused a pandemic, GDP slowing down around the world, manufacturing & shipping issues worldwide, people being unable to work properly due to the pandemic, civil unrest in different nations and so on. Jensen literally gave his presentation in his kitchen at his home so this year will definitely be one for the history books. Despite all of those issues in 2020 the RTX 3000 series release has been labeled a paper launch by some in the online community. We aren’t sure if it is due to Samsung 8nm yield issues or some of the issues I listed earlier, but there have been some serious issues with this RTX 3000 launch which I will explain below. If that wasn’t bad enough independent journalist and reviewers, such as myself, wasn’t able to get their hands on the RTX 3080 prior to release, but sponsored “journalist/reviewers” were able to review the GPU. Nvidia decided to push the review publish date closer to release. This gave consumers roughly 2 days to or in some cases 24 hours depending on different activities in life (family, work etc.). Although Nvidia and AiBs have been able to push out cards as fast as they could, scalpers and bots have shown up to ruin the day.

The first big issue was constant crashing during gaming sessions. The issue appears to be that the capacitors were apparently causing instability. This could have been AiBs not following the specifications listed by Nvidia, taking alternative or cheaper routes. Other issues could have been GPU clocks and power related issues as well. This issue ultimately led stability issues and GPUs being recalled and replaced. Luckily Nvidia was quick to release a GPU Driver update (GeForce Game Ready Driver 456.55) to lower the GPU and boost clocks for the few gamers who actually owned the card during that time.

If limited supply wasn’t enough for Nvidia and AiBs to deal with we know have Bots and Scalpers to make things much worse than they should have been. The RTX 3070 MSRP is $499, the RTX 3080 FE MSRP is $699 and the RTX 3090 MSRP is $1,499. You will almost never find these prices online as they are quickly purchased by legit consumers and mostly bots for scalping purposes. The prices has actually increased due to tariffs and other factors. The bots have been a problem for years and a problem that isn’t going away anytime soon. Bots allow scalpers to purchase all of the available stock which leads to the already “limited stock” being sold out completely. The “limited stock” is then re-sold in the aftermarket by scalpers look to make a huge profit. Scalping isn’t limited to Nvidia, AMD, Intel or console gaming. It has been an issue in a ton of different industries when there was a limited run or short supply with a large demand. The RTX 3080 and 3090 has been hard to purchase for a decent price since they can only be purchased online in nearly all cases. This makes the scalpers life even easier since the bots can react and purchase anything online faster than any human can. Now you must remember that there are TONS of bots crawling through many websites every second checking the stock of the RTX 3000 series GPUs. Once the stock is available the bots will attempt to purchase as many GPUs as possible. Ebay prices are showing the RTX 3080 (MSRP $699) selling as high as $1000 to $1,400+, completely ridiculous pricing. I’ve read comments were people are saying things like purchasing a $700-$800 GPU for $950 is “reasonable” at this point. Ebay isn’t the only place where scalpers are cashing in, Amazon resellers, Newegg resellers and even actual legit stores locally and trusted e-tailers are looking to make a profit on the RTX 3000 shortages and hype. You can read more about my thoughts in my articled: “Nvidia & AMD This Is Why You Should NEVER Paper Launch A Product” (click here) With all of that being said let’s see how well my nearly 13 year old X58 platform performs with Nvidia’s latest and greatest, the RTX 3080.