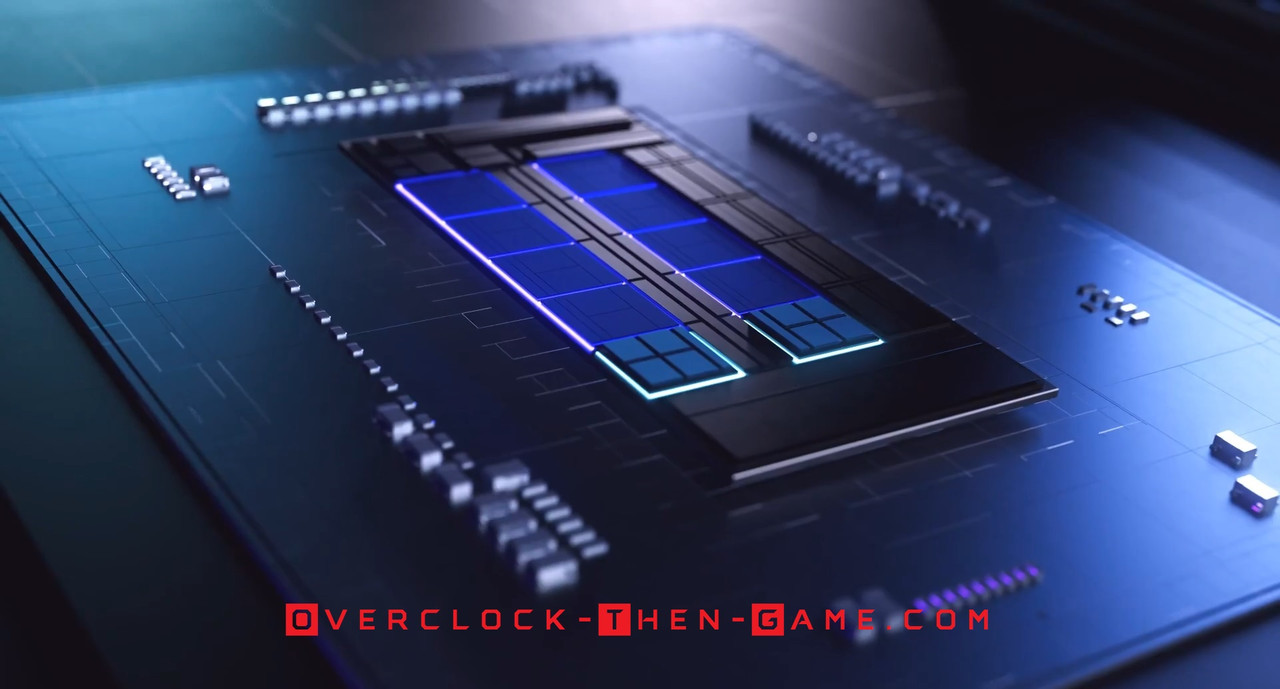 So we have reached the end of my Intel Core i9-12900K and overall I can say that it has been a pleasant surprise. Alder Lake has finally pulled me away from Intel’s 2008 X58 and so far it appears to be worth it. I skipped many generations from both Intel and AMD while enjoying gaming thanks to high-end GPUs from Nvidia and AMD. I went out of my way to avoid leaks, previews, reviews, YouTube videos and other outlets speaking about Alder Lake. I wanted the experience to be fresh and didn’t want to spoil the excitement. The Core i9-12900K packaging looks very nice and it is great to see companies being unique with their packaging nowadays. The overclocking features have been a nice surprise and there are tons of options for enthusiast to tweak in the UEFI. I will definitely be writing more articles regarding my overclocking results and other Alder Lake info that I discover. Overclocking the DDR5 should be fun as well. Intel’s 12th Gen performance is great right out of the box and shows some impressive scores. Some software does not work properly or support Alder Lake’s new micro-architecture so we will have to wait for more developers to update their software. At that point we will be able to run more benchmarks. I was able to dive into the micro-architecture and gain more information that I was seeking. Getting this information wasn’t easy, but based on my tests I was able to extract some interesting information regarding the actual Performance Cores and Efficient Cores performance. I am still learning more about Intel’s new micro-architecture as well so if there were any mistakes I will be sure to update the article accordingly. Based on my results Alder Lake the micro-architecture appears to very good and can handle plenty of data. Intel claims that the Performance Cores usage is for single-threaded and lightly threaded performance. I initially thought that the Efficient Cores would have higher latency than the Performance. However, during my deep dive into the micro-architecture it appears that the Performance Cores (75.4ns) seems to have much higher latency to DRAM access as opposed to the Efficient Cores (39.4ns). The P-Cores have SMT (Hyper-Threading) while the E-Cores doesn't support SMT (No HT). The Efficient Cores are clustered together in groups of four, share the same L2 Cache, but if each Cluster (x4-E-Cores + x1-L2 Cache) works on data independent of the opposite Cluster then both Clusters can independently output roughly 150 GB\s of data based on my benchmark testing. So the total could be 300 GB\s of data if the Windows 11 scheduler and Intel’s Thread Director can ensure data goes to the correct Efficient Cluster. 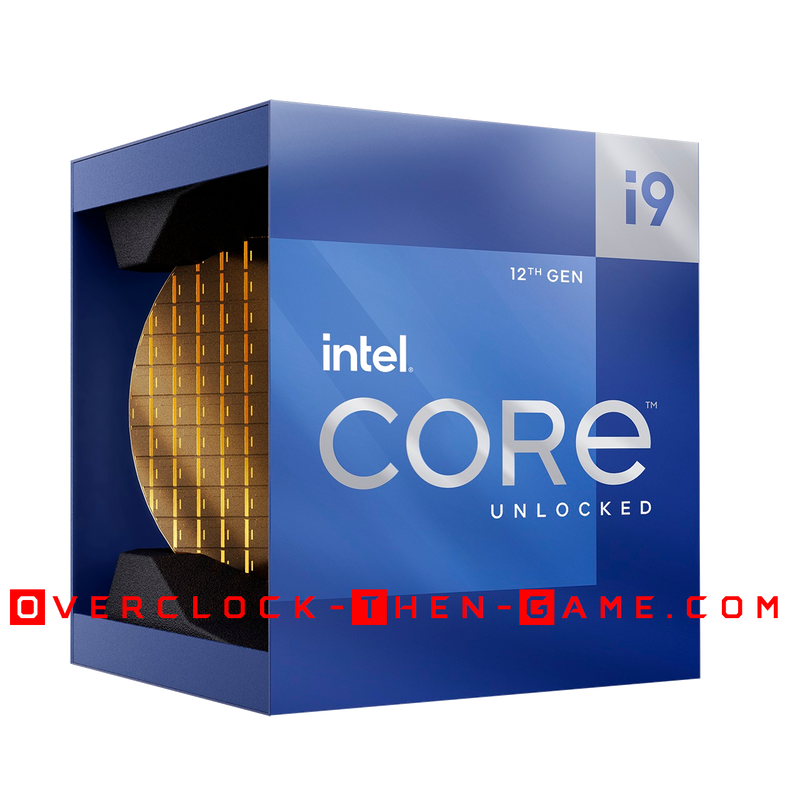 With all that being said the Performance Cores are high-performance cores and the Efficient Cores live up to their name. Intel says that there are three separate fabrics, compute (1000 GB/s), memory (204 GB/s) and I\O (64GB/s) on the Alder Lake CPU. I was able to pull 713GB\s from all Cores (P & E) and if we add the other interconnects (Memory + I\O) that would put Alder Lake at 980 GB\s, just shy of that 1000 GB\s number that Intel claims. Intel does state “separate” and I am clearly combining them here so it’s possible that Alder Lake is capable of much more performance, but I will need more time to work with the new Intel Hybrid Technology. I’m just trying to make sense of it all. Nonetheless, I was very surprised at the actual individual single core performance from the Performance Cores and the Efficient Cores. Taking a deep-dive into Alder Lakes micro-architecture was my favorite part this review, but there’s one other area that intrigued me even more and surprisingly it was not the overclocking, but the undervolting. While I do plan to overclocking Alder Lake in future articles I am left wondering why Intel pushed the wattage so high. I was able to undervolt the CPU voltage and practically make Intel’s Alder Lake extremely efficient across the board in every term that you can think of; CPU vCore, CPU Wattage, CPU Temperatures and overall wattage from the wall without losing any performance. This makes Alder Lake extremely useful for less extreme cooling solutions. If you are planning to overclock then you definitely want to ensure you have a good cooling solution, but at stock I was able to lower the voltage without losing stability. Alder Lake is more efficient than we thought and so far so good with lower voltage with no instability issues.

Overall the Alder Lake release was smooth, but the OEMs did not have the LGA1700 CPU Coolers or brackets ready. I’m not sure if most of the blame should go to Intel or the manufactures. Luckily ASUS allows both LGA1700 & LGA1200 coolers to be used on their motherboards which was one of the strongest reasons I chose ASUS. Another reason I chose ASUS is because I have ran their ASUS Sabertooth X58 motherboard for well over a decade consistently with no issues. I am not sure how long I will be using the 12th Gen Alder Lake & Z690, but hopefully the same is true with their ASUS ROG Strix-F motherboard as well. Quickly, my thought on Windows 11 OS is that Microsoft is having another identity crisis. Microsoft does this every 4 to 6 years. Windows 11 is basically Windows 10, but the user interface reminds me of the 2005-2010 era Apple Mac UI. Certain features like separating windows are missing without editing the registry. The last time MS did something this drastic with the user interface was with Windows 8, but they got it right with Windows 10. The DDR5 RAM quickly sold-out and of course DDR5 came with a premium price for the new technology. I decided to purchase DDR5-4800Mhz to give a fair representation of the Alder Lake platform. The performance and bandwidth from the DDR5 RAM is great and I was able to pull a maximum of 75.6GB\s from my tests which puts me very close to my theoretical limit (76.8 GB\s). While I will be using Alder Lake + Z690 as my main workstation, I will still be using my X58 for various tasks that doesn’t require a lot of horsepower.

Thank you for reading my "Alder Lake-S Review" article. Feel free to leave a comment below and feel free to share this article. If you would like to see more content like this please consider donating to my Patreon or PayPal by clicking the images below. Thank you.