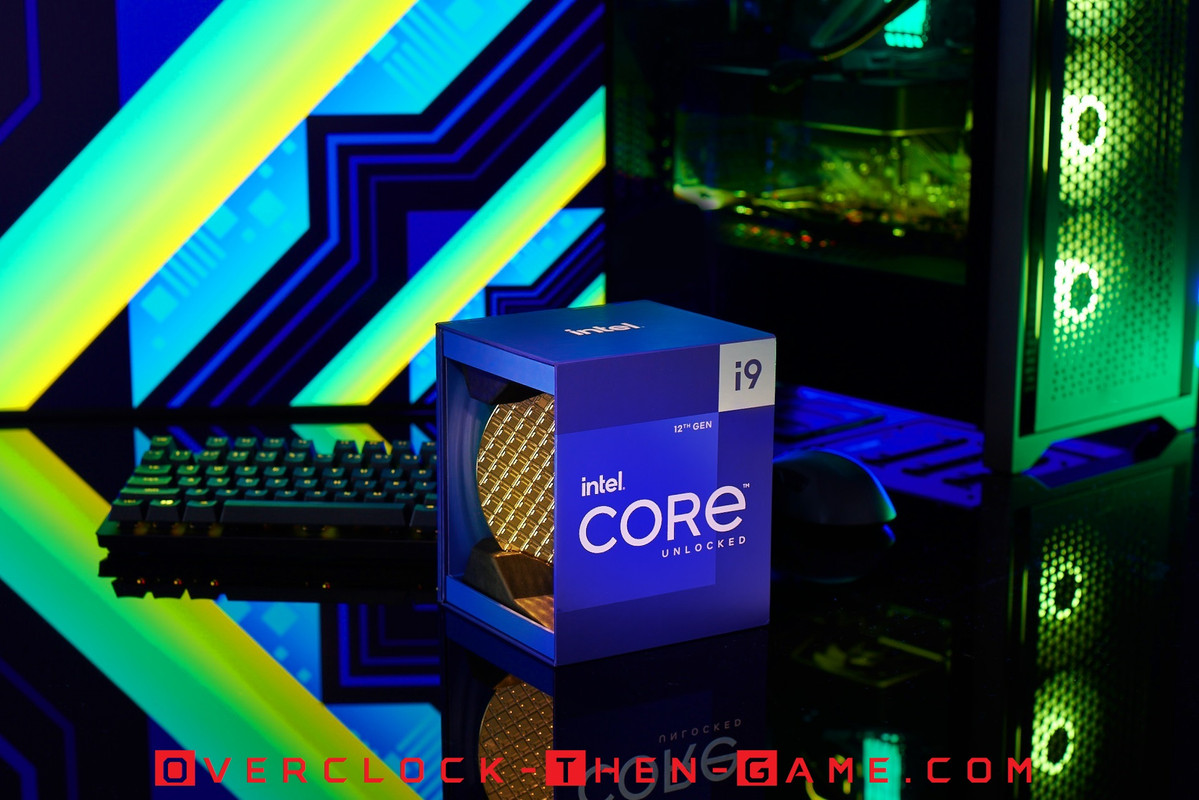 The Golden Cove and Gracemont cores definitely received some nice increases with the overclocks. When all Performance and all Efficient Cores are working together we saw up to 780 GB a second. Alder Lake is capable of some serious workloads and I will echo what I said in my very first Alder Lake review; if Intel and Microsoft can ensure that certain background workloads can stay within their respective (Efficient) clusters then we could see some amazing performance gains. Using the stock results, we could see up to roughly 308 GB\s being accomplished within the Cluster if both Clusters can work on workloads separately. Overclocked results show up to 328 GB\s. More than enough and we can only imagine how powerful Alder Lake truly is once software developers start optimizing their code for Intel’s Hybrid Technology (i.e big.LITTLE architecture). The Efficient Cores can also access DRAM much quicker than the Performance Cores which makes them great for reading multiple lines of data. Now if the Performance Cores could keep data from being transferred to the Efficient Cores during specific workloads then we could see up to nearly 855 GB\s (P=526 GB\s & E=328 GB\s) across the entire processor. Now just focusing on the stock settings; in the Enterprise environments we will see even more performance with more RAM, different chipsets and more I\O’s. Alder Lake is capable of some serious workloads. Overclocking just makes it that much better. The overclocked 12900K showed some high power consumption results as expected in Cinebench R23, but those results weren’t as bad as I thought they would be. During actual gaming sessions with the GPU included I showed that only 514 Watts were being pulled from the wall outlet on average in 3DMarks’s FireStrike Extreme. The CPU temperature during the FireStrike benchmarks were actually really nice. The Physics test which focuses solely on the CPU only hit 63c. Shadow of the Tomb Raider shows 551 watts during the built in benchmarks which shows different areas of the game. I decided to use 1440p and the “Highest” Preset since it can stress both the CPU & the GPU. To use even less wattage I decided to lower the GPU Power Limit which I suggest many gamers should do if you don’t lose any noticeable performance because you can still enjoy your games while using far less wattage. In my case I lowered my wattage by 97 Watts. When comparing Intel’s Core i9-12900K to AMD’s latest and greatest, the AMD Ryzen 5950X \ 5800X and previous highly threaded “Threadrippers”; Intel’s CPU effectively became the best price for performance. In CPU-Z the i9-12900K is 32% faster than the reference AMD Ryzen 5950X and the Intel i9-12900K is cheaper than the Ryzen 5950X. Intel manages to match AMD's Threadrippers that can nearly reach $2,000.00, but at a much lower price point of only $610.00. These prices are based on Amazon pricing as of December 2021. Even at stock settings the i9-12900K performs very well against AMD’s current processors, overclocking that just add more insult to injury. All eyes are on AMD now and it appears that Intel is ready to follow-up with their 13th Generation “Raptor Lake” processor. Raptor Lake is expected to be a refresh that should allow a “drop in” replacement for current Z690 motherboards. I can’t wait to see what the future brings us. Hopefully the prices stabilize so that I can continue to bring more comparisons across different generations for future Intel and AMD CPUs & platforms. The scariest thing about Alder Lake is that there is still more performance siting on the table and as DDR5 matures we should see even better results. I am now wondering how low the Efficient Cores latency can get when accessing data to and from the DRAM. I have lowered the Efficient Cores DRAM Latency from an already extremely low 38.70 ns to only 33.20 ns. There is potential for more performance that I plan to benchmark as more DRAM modules become affordable and available. Another thing to consider is the “per-core” overclocking features. Enthusiast can now mix and match their settings with Alder Lake. These features were extended from the 10th and 11th Core Generation so Alder Lake gives us many ways to maximize the performance. For example you can run certain P-Cores at 5.3Ghz and other cores at 5.5Ghz. This is possible because each P-Core has its own PLL (phase locked loop). You can also disable Hyper-Threaded per-core if needed. Each Efficient Cluster (4 E-Cores) have to run at the same speed due to all of them sharing the same single PLL. However, you could easily have one Cluster frequency running 4.0GHz and the other Cluster running 4.2GHz or higher. This could lead to some interesting gains if you want to focus on overclocking either the Performance Cores or the Efficient Cores. This could also help stabilize overclocks since voltage and heat will be crucial issues to consider when pushing for high overclocks. This also brings completely new elements to overclocking in the traditional sense. There are many more granular tweaks that you can change per-core or per cluster. This is truly a “hybrid” way to overclock Intel’s Hybrid Technology. I plan to explore these types of overclocks in the future. So with all of that being said Intel has done a solid job with their 12th Gen Alder Lake processor. The Z690 platform appears to have plenty of bandwidth to accommodate the powerful Golden Cores and Gracemont Cores.